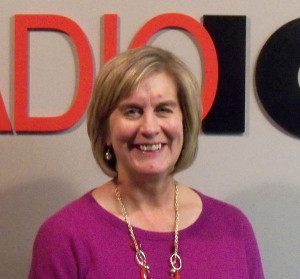 A new report finds 63,000 Iowans have Alzheimer’s disease, a number that may triple by the year 2050 if a treatment isn’t found.

In the next decade, Alzheimer’s cases are expected to grow by 16 percent in Iowa, as Baby Boomers age. Carol Sipfle, executive director of the Alzheimer’s Association Greater Iowa Chapter, says the cost to Iowa families is also rising dramatically.

“Families are going to spend about $5,000 a year caring for someone with Alzheimer’s disease,” Sipfle says. “That’s out-of-pocket cost. That’s not any kind of care in a facility or extra services they get from the community. That is just the straight out-of-pocket cost.”

The report finds dementia can strike the personal finances of families and friends who are caregivers. Nearly half say they have to cut back on their own expenses to afford dementia-related care, while others must draw from their own savings or retirement funds.

While $5,000 may be the average cost of care, families report losing $15,000 on average from reduced work hours or having to stop working entirely to provide care. The costs add up: “It may be to hire someone to be in the home but it also may be things like making modifications to their home, ramps or security systems to prevent wandering,” Sipfle says. “It could mean a number of different things that are not covered by any type of insurance plan or Medicaid or Medicare.”

Alzheimer’s disease is the 6th leading cause of death in the U.S. and it’s the only disease in the top 10 causes of death without a way to prevent, cure or even slow its progression. Iowa has the 5th-highest Alzheimer’s death rate in the United States.

“There’s still a stigma associated with the disease,” Sipfle says. “People are reluctant to go to their doctor to get a diagnosis. We still even hear stories of physicians who don’t want to make a diagnosis because there’s no known way to prevent or treat the disease.” Crossword puzzles and math games like Sudoku may help to reduce the risk by exercising the brain, but she says there is no guaranteed way to prevent it.

Roughly one in every nine Iowans over the age of 65 has Alzheimer’s.