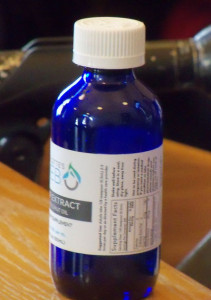 “It’ll come as no surprise that we have a wide range of opinions on the matter,” says House Majority Leader Chris Hagenow, a Republican from Windsor Heights. “It’s very healthy for us to talk through that, resolve questions, interact with each other.”

But Republican House Speaker Linda Upmeyer of Clear Lake says there’s no “consensus” at this point.

“I don’t think we’ve reached an outcome, but we’re certainly continuing to have a good discussion,” Upmeyer says.

Two years ago legislators voted to decriminalize possession of cannabis oil as treatment for a chronic form of epilepsy that strikes children. But the oil cannot be produced or sold in Iowa, so parents risk arrest as they travel out of state to get it. A bill that has stalled in a House committee would set up a distribution system for cannabis oil and let those suffering from MS and cancer as well as chronic epilepsy use it.

Representative Tom Sands of Wapello is the Republican who leads the House Ways and Means Committee. His personal preference would be to wait until the federal Food and Drug Administration decides cannabis can be prescribed as medicine.

“There is a reason we have set up the normal process of approving drugs through the FDA based on science and research,” Sands says, “and not elected officials making those decisions based on emotion.”

However, Sands expects advocates of medical marijuana will try to force a vote on the issue in the Iowa House in the next couple of weeks.