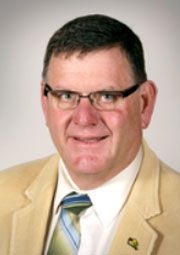 It would be easier to prosecute so-called “peeping Toms” under legislation that has won approval in the Iowa House and the Senate.

Senator Kevin Kinney of Oxford says the bill expands the legal definition of trespassing, “to ensure that unscrupulous persons who film you when you are in your home or apartment can be punished appropriately.”

The bill has been championed by a University of Iowa graduate who was secretly filmed in her Iowa City apartment by the landlord. The bill makes that kind of invasion of privacy an aggravated misdemeanor and removes the requirement that prosecutors must prove the accused was sexually excited by what he or she saw.

Representative Chris Hall of Sioux City points out not a single legislators voted against the bill this year.

“An iteration of this bill is something that we saw and debated last year,” Hall says. “It’s taken time. It’s taken in depth discussion. I believe that, as amended, this bill will provide protections to Iowans of all backgrounds.”

The bill now goes to the governor for his signature or veto.