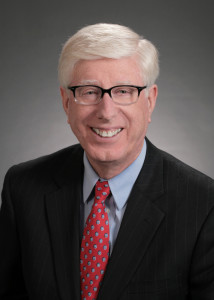 A New Jersey-based company has agreed to stop selling systems in Iowa that claim they help you win the lottery. Iowa Attorney General spokesperson, Geoff Greenwood, says they got a tip on the schemes pushed by Success Publishers LLC.

“We received a mailing from an Iowa consumer that was titled: ‘How I win $20,000 every month from the lottery.’ After we started to look into it we realized that this a company that is making claims that somehow consumers could beat the lottery. It’s a sure win. They asserted that they had a rate of about 90 percent of lottery wins,” Greenwood says.

He says one mailing offered to sell “secrets” used by an elite group of “rogue mathematicians” called “Lotto Dragons” to help customers win. “We had concerns that they couldn’t back up these claims,” Greenwood says. “In other words, there is no such thing as easy winnings from the lottery based on these programs that they sell.”

Greenwood says they obtained a list showing 86 Iowans had purchased the systems. “Consumers would pay anywhere from 10 dollars to one hundred dollars for various offerings that are all really about these supposed methods for winning the lottery,” Greenwood says. The owner of the company, John F. Abate, agreed to refund approximately $3,800 to Iowans and to not use or sell the list of names of Iowa customers. Abate and his company deny liability or wrongdoing in the agreement.

Greenwood says these are the types of schemes that often target the elderly. “We’re concerned about vulnerable Iowans, we’re concerned about elderly Iowans. And if you do have someone at home who is older and might be more vulnerable — this is the type of thing you need to watch out for,” according to Greenwood. “Whether your loved one is getting a phone call, whether your loved one is receiving a mailing from someone who is making certain types of promises and collecting money at the end of the solicitation.”

Abate will also pay $1,000 to the Iowa consumer education fund. The Iowa Attorney General’s office will be contacting the Iowans involved for their refunds.