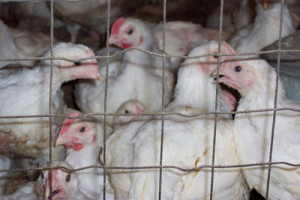 Iowa Senator Joni Ernst says she is confident Iowa will be more prepared this spring if there is another outbreak of the bird flu.

“I do feel very good about it. A number of the issues that we discussed with the U.S.D.A. Secretary last year, Tom Vilsack, have been implemented,” Ernst says.

Ernst, a Republican from Red Oak, says a lot of work has been done to help prevent an outbreak like the one that hit last year. “Of course we know that the avian influenza strains will change potentially over time — so that is something that we do have to keep an eye on,” Ernst says. “But I do know they have been working with producers to make sure that the protection of their facilities, the integrity of those facilities is strong.”

Ernst says reacting quickly if there is another outbreak is important. She says with the strains having the ability to change it is possible there could be another outbreak, and everyone knows they have to be vigilant.

Some 34 million birds on 77 Iowa farms had to be destroyed after contracting the virus last year.