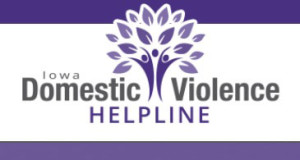 An around-the-clock crisis hotline that is Iowa’s first statewide resource focused on domestic violence is marking six months in operation.

Jessica Rohrs, director of the Iowa Domestic Violence Helpline, says the service is still growing and evolving to ensure everyone gets the assistance they deserve.

“The Iowa Domestic Violence Helpline is a 24-7 helpline that victims, survivors, friends, loved ones, anyone who’s trying to get help with a domestic violence situation can call,” Rohrs says. “We have trained advocates ready to answer the phones 24-7. It’s free. It’s confidential.”

The staff of 15 is based in the northwest Iowa community of Sioux Center. Since the helpline was launched in October, it’s taken more than 6,000 calls. March was the busiest month yet, with nearly 12-hundred calls.

“We’re continuing to work on getting our number out there,” Rohrs says. “We continue to have more programs across the state. Local programs can roll their phones to us after hours and on the weekends just to relieve that pressure and stress off of the advocates.”

“We’re the only helpline like us in the United States, where we have 24-7 awake, in-the-same-building advocates,” Rohrs says. “Other helplines may have people on call where people have a phone by them, but we’re actually the only helpline that has our model in use.”

In addition to domestic violence, other crimes the helpline deals with include: child physical abuse, stalking, sexual abuse, human trafficking, assault, burglary, elder abuse and more. The helpline is: 800-770-1650.