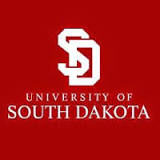 Iowa students who want to attend college at any of the four state schools in South Dakota will be able to do so while paying in-state tuition levels starting next fall.

Tuition rates were dropped for Iowans at a recent meeting of the South Dakota Board of Regents. South Dakota State University President David Chicoine says they’ve seen the impact of rising tuition on out-of-state students.

“The numbers of students we’ve been attracting from Iowa have actually softened over the last two or three years but our market share has gone up,” Chicoine says. “Iowa is facing some of the challenges that South Dakota is facing. The number of high school graduates is getting a little bit softer, so, the competition for those is going up.”

While tuition rates for Iowa students will go down, Chicoine says it means they’ll need more Iowa students on campus to avoid losing money. “Our break even point is like 16 additional Iowa freshmen,” he says, “so that means over a four-year period, if everything else stays the same, you’d have to have 240 additional Iowa students to be revenue neutral.”

The regents also approved a tuition freeze for the next school year at the recent meeting in Rapid City.