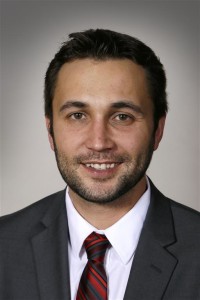 The Iowa House has passed a bill that would have state officials routinely review the operations of private boarding schools, like the now-closed Midwest Academy in southeast Iowa. Representative Bobby Kaufmann, a Republican from Wilton, said the bill’s a step forward.

“Currently, there are few to none requirements, oversight, teeth, inspections, etc. on these private child residential facilities,” Kaufmann said.

“I will vote for the bill,” Kearns said, “but I think it should be more inclusive.”

The bill would require regular checks to see if boarding schools in Iowa are providing a safe environment for students. Critics say the bill allows private boarding schools run by religious organizations to “escape” review by the Iowa Department of Education. Representative Art Staed, a Democrat from Cedar Rapids, voted against the bill.

“What we are doing here when we exempt ‘bona fide’ — whatever that means — religious organizations, we have just created a hole big enough to drive a truck through,” Staed said.

“It just simply says that you’re not going to impose the state’s will onto religious curriculum,” Kaufmann said.

Several lawmakers who expressed reservations about the bill still voted yes. Representative Ruth Ann Gaines, a Democrat from Des Moines, said given what happened at the Midwest Academy, legislators need to establish some sort of oversight of private boarding schools.

“Like many of the other bills that we pass in this chamber, it is not without flaw,” Gaines said, “but it is something.”

“I am a little worried about this,” Thede said, “but anything is better than nothing.”

Representative Vicki Lensing, a Democrat from Iowa City, warned the bill may not be “tight enough” to ensure that private boarding schools operating “under the radar” notify the state that they “exist.”

“The core of this is we want our kids to be safe,” Lensing said, “no matter what institution they are attending.”

The bill now goes to the Senate. The Senate has previously voted on legislation to establish state oversight of private boarding schools.