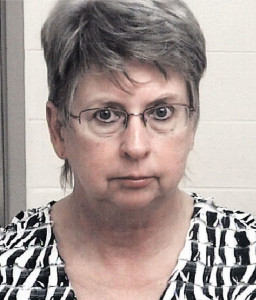 A report issued today by the State Auditor’s office has confirmed the findings of officials in Dubuque, where a former part-time employee of a public library pleaded guilty to pocketing cash from the library over a six year period.

“Instead of making sure the cash register was capturing every sale, fine, and payment, these fines or payments could be waved without authorization and that allowed the cash transactions to be maintained by the former employee,” Mosiman said. Video cameras captured Nyheim’s actions in April of 2014.

“That is what brought the situation to the attention of city personnel. A video captured the former employee not using the cash register system appropriately,” Mosiman said. Dubuque Police investigated the case and Nyheim pleaded guilty to first-degree theft. She was ordered to pay a fine, court costs and roughly $25,000 of restitution to the library.

Mosiman explained why the state audit was necessary following other investigations by both city staff and Dubuque Police. “It was taxpayer money. It was a city organization. That is the role of our office…to make sure that they provide a true loss to the city and that’s what our report was able to verify,” Mosiman said.