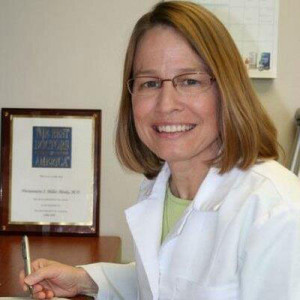 Eighteen Democrats in the Iowa Senate have voted against putting a three-time GOP candidate for congress on the board that oversees the state-run program that provides health insurance for low-income kids.

It means Mariannette Miller-Meeks of Ottumwa failed to receive the two-thirds majority she needed from senators to be confirmed for the post. Senator Janet Petersen, a Democrat from Des Moines, said she had “grave concerns” Miller-Meeks would go along with Governor Branstad in making drastic changes in the program.

Senator Amanda Ragan, a Democrat from Mason City, questioned whether Miller-Meeks would be a forceful advocate for children who need health care coverage, “and not just worry about the reduction in services and the bottom line costs, especially in this period of transition to a managed care environment.”

Miller-Meeks once served as Governor Branstad’s public health director. Senator Herman Quirmbach, a Democrat from Ames, served on one of the agency’s boards — the one focused on reducing tobacco use among Iowans.

“I found that she had a distinct inability to listen, an inability to consult with regard to personnel decisions even when the law required her to do that,” Quirmbach said.

Senate Republican Leader Bill Dix said Miller-Meeks is an eye doctor, a military veteran and well-qualified for the board.

“What’s really unfortunate is the Democrats, once again, are moving to this DC-style politics,” Dix told reporters after the vote. “…There’s nothing that disqualifies her from serving in this capacity.”

A spokesman for the governor issued a statement, accusing Senator Democrats of letting “partisan DC-style politics “creep” into the Iowa statehouse.

Last weekend, Miller-Meeks was one of the 12 Republicans elected at district conventions to serve as Iowa GOP delegates at the party’s national convention this summer in Cleveland.