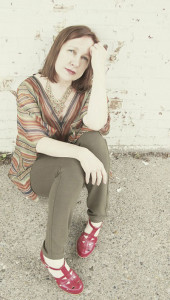 The Iowa City woman who is considered one of the finest singer-songwriters in America is releasing a new album based on an unlikely muse.

Iris DeMent happened across a book of poetry and discovered the works of Anna Akhmatov, a Russian poet who was popular a century ago. DeMent says it’s “mysterious,” but the words of the long-gone poet entranced her.

“I can’t really explain it, they just spoke to me from the first line,” DeMent says. “It was kind of a spontaneous reaction. I just started doing something I’ve never done, I just started hearing melodies to these poems.”

After doing some research, DeMent says Akhmatova was the “voice of the people” during Stalin’s reign of terror and her poems were a “lifeline” to the suffering masses. The poems were also a spark for DeMent.

“I was so gripped by them I couldn’t stop,” DeMent says. “Without intending to make a record, I realized one day I had about 18 of these poems I’d turned into songs. I went on, in spite of the little voice in the back of my head telling me I was crazy, I went ahead and did it and I’m glad I did.” The end result is her sixth and latest album, “The Trackless Woods.”

Her music is a fusion of several genres, from country to folk to gospel to pop. DeMent is in the midst of a national tour and she’ll make one stop in Iowa, performing Thursday night at the Temple Theater in Des Moines. Her music has earned her multiple Grammy nominations and she’s done collaborations with top talents like John Prine, Steve Earle and Emmylou Harris. The recently-departed Merle Haggard dubbed her “the best singer I’ve ever heard” and asked her to join his band.

In an interview with Radio Iowa, DeMent was asked to react to some of the accolades written about her, like being called one of the great voices in contemporary popular music. “That’s all swell but this country is full of soulful singers and artists of all kinds who are making huge impacts on everyday people whose names are never getting heard,” DeMent says. “That’s what I think of, all that stuff, and I’m mostly grateful because it’s encouraging and helps you keep going.” She grew up listening to “nameless singers in churches who rocked my world,” and knows fame is fleeting and fickle.

Born in Arkansas and raised in southern California, the 55-year-old DeMent recalls forgetting the words during one of her first on-stage performances as a five-year-old girl. She froze and didn’t want to continue with music. Eventually, she regained her voice and started writing her own songs.

“I remember feeling that it was just imperative that I sang these songs to people,” DeMent says. “I remember making up my mind that it didn’t matter what they did. If they threw things at me, it didn’t matter. I determined that I had enough confidence in what I had to offer with my songs that it wouldn’t stop me.”

DeMent’s husband is also an Iowa music legend, singer-songwriter Greg Brown, a native of Fairfield. In addition, Brown’s daughter, Pieta Brown, is a well-known singer-songwriter and she’ll be appearing with DeMent at the Des Moines show.