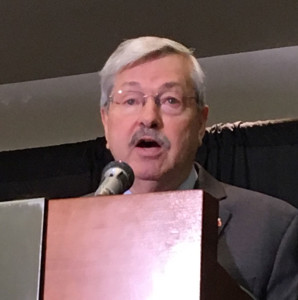 A renewed effort to forbid any state tax dollars from going to Planned Parenthood has the backing of Republican Governor Terry Branstad.

The proposal may come up later today during House debate of a bill that outlines state spending on health and human services programs.

“The idea is to provide family planning money in a way that doesn’t fund abortion providers,” Branstad says.

No state tax dollars are spent on abortions, but the state and federal government pay when Medicaid patients get reproductive health exams and contraceptives at Planned Parenthood. Under the plan Branstad and his fellow Republicans have devised, those kind of “family planning” services would only be covered when Medicaid patients visit a “federally-qualified” health center.

“I think this avoids controversy and it’s a good way to provide the services for needy women,” Branstad says. “…I’m hopeful that will be approved by this General Assembly.” There are 233 federally-qualified health centers in Iowa. None of them are Planned Parenthood clinics.

Democrats intend to resist the move to “defund” Planned Parenthood this year and they’ve been successful in blocking similar efforts in the past five years. A recent Des Moines Register “Iowa Poll” found nearly three-quarters of Iowans want state government to continue paying when Medicaid patients get family planning services at Planned Parenthood.