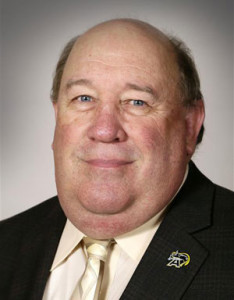 House Republicans have approved a spartan spending plan for the state’s courts.

Representative Gary Worthan, a Republican from Storm Lake, says it’s “a challenge” that must be faced, because there’s no new money to spend on the judicial system.

“We know this will create some stress within the…entire system, top to bottom,” Worthan said, “but it is the reality of what we’re dealing with today.”

Representative Todd Taylor, a Democrat from Cedar Rapids, says the judicial branch will have to cut hours.

“Ninety-six percent of their operating budget is people,” Taylor says. “These are salaries and benefits to the people who help us keep our courthouses open in all 99 counties.”

If spending plans approved by House Republicans on Monday become law, it’s likely employees in the Department of Public Safety who quit or retire will not be replaced. The Department of Corrections would get almost $.3.5 million more next year under the plan, but the money may not be spent hiring new prison guards.

Representative Mary Wolfe, a Democrat from Clinton, says it’s time for legislators to give more thought to criminal sentencing reform, “reducing the costs of locking people up in our prisons.”

Republicans in the House also have proposed reducing the state’s payment to the Peace Officers’ Retirement System by $2.5 million.