You are here: Home / Education / Board of Regents president talks tuition increase 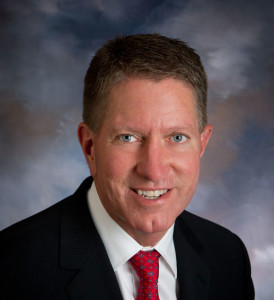 The president of the board that governs the three state universities talked about a tuition increase in his comments at today’s meeting in Council Bluffs.

Board of Regents president, Bruce Rastetter says the universities have had a good relations ship with the governor and legislature when it comes to funding.

“Over the last three years, that success and that partnership has led us with increased state funding that has allowed us the ability to freeze tuition two years in a row — actually two-and-a-half years in a row for the first time in 40 years,” Rastetter says.

Legislators this year are looking at increasing state dollars for the University of Iowa, Iowa State University, and the University of Northern Iowa by about $6 million for the next budgeting year. That’s $20 million less than the universities requested as lawmakers says the budget is tight. Rastetter says they know the amount of funding is tied to the economic health of the state.

“And clearly this year as we approached it, we recognized that economic situation. We tried to be very reasonable with our request — the 20 million dollars. We did not request additional building dollars,” Rastetter says. Rastetter recently said the board would have to look at tuition increases with the proposed legislative budget, and he confirmed that again today.

“We want to make clear that we’ve asked the universities to move forward with that tuition discussion, and those potential increases that would happen in the fall of ’16,” according to Rastetter. He says once they decide on any tuition increase, they will then start looking at the next budget. He says they will continue to work with the legislature and in August will have an indication of what the needs of the university will be in the next year and what they will need in state dollars and tuition.

Governor Terry Branstad recently said the Board of Regents should adopt a modest increase in tuition for the fall to keep from increasing student debt.