You are here: Home / Education / Regent asks about prayer rooms at the University of Iowa 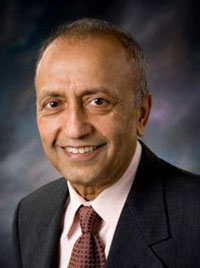 Rooms set aside for prayers at the University of Iowa were discussed at today’s Board of Regents meeting.

Regent Subhash Sahai of Webster City asked U-I president Bruce Harreld about the rooms. “Should there be a special place on the campus for any religion or faith to practice their beliefs,” Sahai asked. “…as long as it permits people to pray to their own God in their own faith yes. Any specific, no,” Harreld says.

Sahai says he has seen several recent media reports on the rooms and asked if they were ConstitutionalHarreld deferred to university lawyer, Aimee Claeys.

“There are two rooms currently being provided on the University of Iowa campus. They are called prayer and meditation room,” according to Claeys. “These are neutral spaces. There’s been some reporting that maybe there’s particular religious symbols affixed to these spaces. It’s my understanding that that is factually incorrect.”

Claeys says there has been other wrong information presented on the rooms. “There’s been some reporting that these rooms are segregated by gender, additionally that is an incorrect statement,” Claeys says. “They’re open and free for use by any student who wants to use them. There has been an agreement among the Muslim community who uses these spaces for prayer, that they will gender segregate. I am not well versed in those religious practices, but it’s my understanding that that is part of that culture.”

She says the university isn’t controlling how the rooms are used. “We will not be keeping individuals of opposite gender or opposite faith out of these rooms while they are in use,” Claeys says. She says the legal department for the university has prepared a statement on the constitutionality of the use of the rooms and they will be reviewing it. Claeys summed up the statement.

“Providing these spaces that may be used for religious purposes is not in an of itself a violation of the Constitution. It’s a very complicated issue,” Claeys says.

The Freedom From Religion Foundation had questioned Harreld about the prayer rooms, which originally got the discussion started about their constitutionality. The comments today came during Harreld’s update to the board.