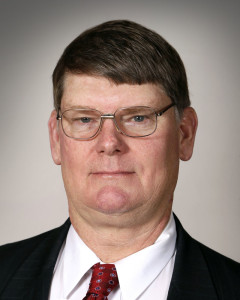 House Republicans are proposing a one-year experiment that would let the Davenport school district dip into its cash reserves to cover a budget shortfall.

Davenport is among dozens of Iowa schools currently shortchanged by the formula that distributes state tax dollars to districts. Representative Ross Paustian, a Republican from Walcott, said there’s no consensus on a proper fix.

“I think we want to find a permanent solution,” Paustian said. “This is just a one-year deal.”

The deal was included in a budget bill that cleared the Iowa House today. Representative Cindy Winckler, a Democrat from Davenport, said it’s a “shell game.”

“So you’re taking it from one pocket and putting it in another pocket and not giving them any additional dollars to spend,” Winckler said.

Representative Phyllis Thede, a Democrat from Bettendorf, said the GOP proposal would force the Davenport district to take out a loan next year to repay what it uses from cash reserves.

“You don’t see the hurt that you’re doing. This is not an answer to the inequity problem,” Thede said. “…It doesn’t help anybody.”

Representative Tedd Gassman, a Republican from Scarville, said he has seven districts in his area — including Algona and Emmetsburg — that are in the same boat as Davenport — and this proposal does nothing to help.

“It does give me heartburn,” Gassman said. “Next year we need to find the funds to close that per pupil gap…What we’re going right now is not fair.”

Davenport Superintendent Art Tate told Lee Enterprises Des Moines Bureau chief Erin Murphy that the House GOP plan does not address the “moral imperative to make every student worth the same” when it comes to the distribution of state tax dollars. The state school aid formula was written in the 1970s, but hasn’t been adjusted since then to account for dramatic changes in the finances of Iowa’s very urban and rural districts.