You are here: Home / Education / Board of Regents member from Pella resigns, cites time commitment 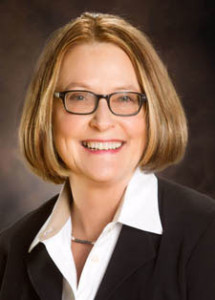 One of the nine members of the board that governs the three state universities has resigned.

Mary Andringa of Pella announced she is resigning from the Board of Regents at the end of this month. Andringa is the chair of the Board for Vermeer Corporation and began her term as a regent in May of 2015.

In a statement released from the board office she says she “underestimated the time required to fully serve in this role give my pre-existing commitments and responsibilities.”

Andringa says she accepted the appointment to the board at a time when she was ending her role as CEO of Vermeer and though she would have time to devote to the position, but found that was not the case.

“I am proud of my time serving on the Board and of what we accomplished. My passion for education and preparing students for future workforce needs of our great state is as strong as ever,” Andringa said in her statement. “I look forward to continuing to find ways to contribute to that progress.”

Board President Bruce Rastetter issued a statement with the announcement:

“We appreciate Mary’s dedication and service to the Board of Regents. She has served this Board with distinction, including as Chair of the University of Iowa Hospitals and Clinics Committee. We understand and respect her decision, and wish her the best as she continues to serve our state well in so many ways.”