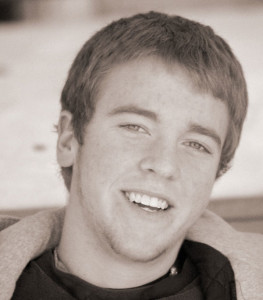 A car driven by 25-year-old Benjamin Beary of Knoxville crashed into a Des Moines police SUV on Interstate 80 near Waukee on March 26 — killing Beary and officers Carlos Puente-Morales, Susan Farrell and a prisoner they were transporting, Tosha Nicole Hyatt.

He says neither driver hit the brakes before the crash. “There was absolutely no time for that,” Ludwig says. “You have 181 miles-an-hour of combined closing speed, that’s why there was no braking for either vehicle.” Toxicology results showed Beary had been drinking prior to getting on the highway.

“The State Medical Examiner’s office reported that his blood alcohol content was 0.223, which is almost three times the legal limit. It also showed a recent use of marijuana in his system,” according to Ludwig. The test showed no evidence of any drugs in the police officers’ systems. The accident happened near the new diverging diamond interchange, but Ludwig says alcohol is believed to be the reason for Beary going in the wrong direction.

“We believe that he may’ve gotten on at that interchange. It is clearly marked. There is nothing to indicate that a person would head the wrong way. We are attributing that to his alcohol amount,” Ludwig says. He says there were no 911 phone calls from people saying a car was traveling the wrong way before the crash, only the call after the crash happened.

“It’s about eight-tenths of a mile from the interchange to the accident scene and, due to the fact that there were no phone calls, we concluded that that’s where he got on the interstate,” Beary says. Another factor was the early time in the morning when the crash happened and an incline in the roadway. He says at 12:30 in the morning with light traffic the other driver was probably not expecting another car to be coming the wrong way and they were also on a steep incline.

Benjamin Beary’s family released the following statement on the accident investigation:
“Our family is deeply saddened by the circumstances surrounding the accident that took the lives of Carlos Puente-Morales, Susan Farrell, Tosha Nicole Hyatt, and Ben Beary himself. In our hearts we had hoped for a different explanation for the night’s events. But the reality is that Ben’s level of intoxication led a good person to make a choice that left a wake of grief for our family and, unforgivably, three others as well. Nothing can excuse the mistakes Ben made that night and our hearts are broken with the knowledge that he caused so much sorrow. To love, we must love the whole person, not just what is easy or convenient. Our family will always love and remember Ben, but it is difficult to accept that the person we will remember is also the one who caused this heartache to our community.

No one will ever count the number of times he made the safe choice, because this time he didn’t, and that’s all that matters now. It only takes one time, one mistake, to change the course of your life. Please protect yourself, protect your loved ones and those who could be left in your wake; make a plan before you drink so you are never in a situation where you might drive. No one wishes more than we do that Ben had done that on March 26th.”

The deaths of the two Des Moines officers led to funerals that were attended by hundreds of fellow officers from around the state and the country. Thousands of people lined the funeral processions as the bodies of Carlos Puente-Morales and Susan Farrell were carried to cemeteries for burial.