You are here: Home / Business / Chuckwagon burger in Adair named the state’s best 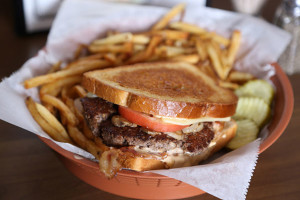 The Chuckwagon has won the annual contest operated by the Iowa Cattlemen’s Association and the Iowa Beef Industry Council. The restaurant’s owner, Kim Reha, is a lifelong resident of Adair.

“It’s a huge honor, so this is very exciting,” Reha told Radio Iowa. “I think that we just have classic burgers, they’re good burgers, and that’s what people want.” Iowans submitted more than 6,000 votes nominating 311 restaurants for this year’s award.

The top 10 vote-getters were visited by judges and today (on Monday) they declared The Chuckwagon the winner. Those judges found burgers at the Chuckwagon to be “juicy and full of flavor,” according to the news release announcing the decision. “We use fresh, high-quality certified Angus Beef and we use our own house seasoning on them and cook them to 160 degrees,” Reha said. 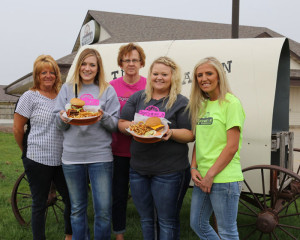 The burgers are cooked on a flat-top grill and served with toasted bread or grilled buns. Reha says The Chuckwagon’s most popular item is the bacon cheeseburger, but there are other top sellers.

“We have a Chuckwagon burger, which is on white bread. It’s more of a melt,” Reha said. “It has grilled onions, mushrooms, bacon, tomato, sauce, and dressing. It’s kind of a loaded burger.”

Other popular menu items include homemade, hand cut fries and classic milkshakes. Reha purchased the restaurant, at the time a Happy Chef, eight years ago at the age of 22. She changed the name and menu in 2014. Adair’s annual town celebration is Chuckwagon Days.