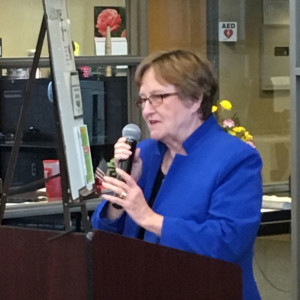 Patty Judge of Albia served two terms as Iowa’s secretary of agriculture. She says “shouting matches and lawsuits” between government entities aren’t solutions to the problem.

“I do not think the lawsuit which has now cost in excess of $1 million if you put the combined cost of each side (together) has not moved the needle and that not is an approach that will ever move the needle,” Judge says, “other than put some money in lawyers’ pockets.” 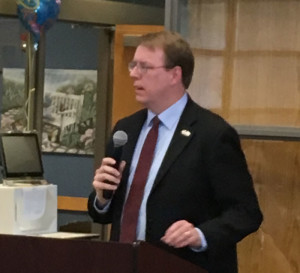 State Senator Rob Hogg of Cedar Rapids is an attorney. He says since legislators did not act, the lawsuit should proceed.

“I actually think lawyers can help achieve great things in our society,” Hogg says. “Think about the Varnum decision. That wouldn’t have happened without lawyers overturning the 1990s law in Iowa that banned same-sex marriage, so that was a good thing.”

Tom Fiegen, a lawyer from Clarence, says he supports the lawsuit because “polluters not taxpayers” should be held liable.

“I am going to support local food and stop riding the corn and soybean roller coaster,” Fiegen says. “…In the 1920s, Iowa led the nation in apple production and tomato production. One of the ways back for rural Iowa is (to) produce food, not commodities.” 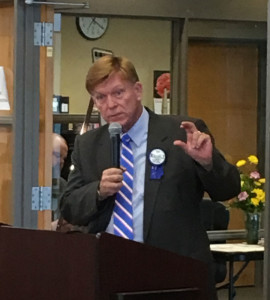 Bob Krause, a former state legislator from Fairfield, says Iowa has 25 percent of the world’s “grade A farmland” and corn grows best here.

“You can blame farming practices with what’s happening with the water, but you can’t blame corn,” Krause says.

The four candidates spoke tonight at a 90-minute forum organized by Democrats in the Beaverdale neighborhood of Des Moines and Democrats from the East Side of the capitol city. The winner of the Democratic Primary in June will challenge Republican Senator Chuck Grassley’s bid for a seven term.