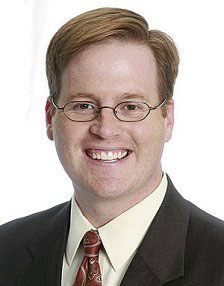 Iowa Insurance Commissioner Nick Gerhart filed a lawsuit Tuesday against the U.S. Department of Health and Human Services (HHS) and the Centers for Medicare and Medicaid Services (CMS) over the way millions of dollars are divided up from the liquidated CoOportunity insurance exchange.

The non-profit health insurer was set up to serve Iowa and Nebraska under Obamacare, but Gerhart made the decision to shut it down after determining it didn’t have enough money to operate. Gerhart’s spokesman, Chance McElhaney, says the concern now is the money that was left over.

McElhaney says the money would first go to the guarantee associations that paid the medical claims, but ultimately the state could end up on the hook if not paid from the liquidation funds. “It would be a direct impact of 20 million dollars to the State of Iowa — about 40 million to state of Nebraska — for 60 million total,” McElhaney says.

The federal government is claiming it is not subject to the authority of the Iowa district court, which would force the proceedings into federal court. McElhaney says a court hearing has not yet been set.