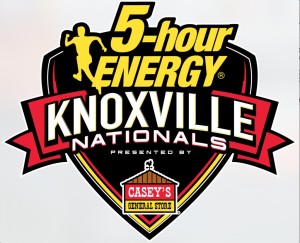 Terms of the deal were not released but 5-hour Energy has been involved in NASCAR racing.

“They have been involved with NASCAR for a long time with Clint Boyer”, said Knoxville Raceway marketing director Kendra Jacobs. “They were interested in grassroots racing and they see that dirt racing in America is growing and gaining in popularity.”

Jacobs feels the sponsorship will elevate the national profile of an event that started in 1961 and help the Nationals remain the richest race in sprint car racing.

“It is a big purse and the best in all of dirt racing and that is why we get more than 100 cars that show up every August and 22,000 fans in the stands. It is great to have partners that help us keep this event going and also make it valuable for them as well.”

Casey’s General Stores will continue as a presenting sponsor of the event. The 56th annual Knoxville Nationals are August 10-13.