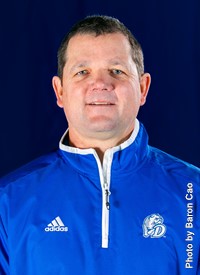 A successful season could end in the blink of an eye for the Drake and Northern Iowa softball teams as they get set for the Missouri Valley Conference Tournament in Carbondale, Illinois.

It will be the sixth straight year the Valley has used a single elimination bracket and Drake coach Rich Calvert says it is a format that was first implemented by the Power Five conferences.

“The reason for that is because they receive multiple bids to the NCAA Tournament and they did not want to wear out their pitching heading into regionals”, said Calvert. “That’s kind of what we had decided on for the conference but in recent years we have not had multiple bids. We have had some discussions about changing it but we always come back to the current format.”

Double elimination was last used at the Valley Tournament in 2010.

The single elimination format rewards regular season success. Drake is the second seed has a double bye in this week’s tournament into Friday’s semifinal round. 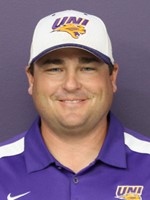 Northern Iowa is the third seed in the tournament. The Panthers open Thursday night against the winner of the game between sixth seeded Evansville and seventh seeded Illinois State. UNI coach Ryan Jacobs favors single elimination but knows how quickly a season can come to an end. In 2012, the Panthers rolled to the regular season title with a 21-4 record before losing to Southern Illinois in its tournament opener.

“Jamie Fisher pitched a fantastic game and they had one swing and we had one bad pitch and we lost 1-0”, said Jacobs. “Everybody said we should have gotten another shot but to me you have got to win.”

The winner of Saturday’s championship game receives an automatic bid into the NCAA Tournament.