You are here: Home / Health / Medicine / Work continues to find a cure for ALS 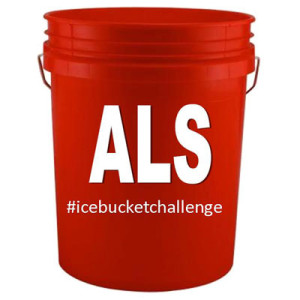 A relatively rare disease that only afflicts about 250 Iowans was the subject of an extremely popular global fundraising phenomenon in 2014 called the Ice Bucket Challenge.

John Nuss, executive director of the Iowa chapter of the ALS Association, says the campaign raised awareness and it raised millions of much-needed dollars for research, which is still underway.

Nuss says, “It’s going to take years and years to find a cure for ALS but right now, we want to look at a treatment and how can we make this a manageable disease so that folks are living longer while we’re able to find that cure so that we’re eventually rid of this disease.”

As part of the 2014 challenge, thousands of Iowans dumped buckets of ice water on their heads while challenging others to do the same thing in addition to making a donation.

Videos of the acts went viral and even Governor Terry Branstad got drenched while making a pledge. Thanks to social media, the challenge raised $350,000 in Iowa that year and more than $115 million globally. While last year’s totals fell off, Nuss says the Ice Bucket Challenge will be renewed this August and every August until there’s a cure.

“We know it’s not going to be what it was in 2014 but we know we need to try,” Nuss says. “ALS is a very lonely disease so if for one month we can see folks dumping water on their heads for a good cause, it really does mean a lot to the people we serve, just to hear the conversation about ALS going on.”