Iowa Lottery CEO Terry Rich  was dressed in a Ghostbusters uniform and made the announcement in front of fans dressed up in costumes waiting for the Des Moines event to open. 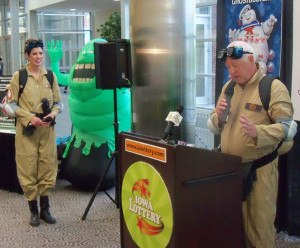 teamed together with them and Wizard World Comic Con to do a promotion around a brand new lottery Ghostbusters ticket — it’s kind of our big ticket. We are going to do so many things around Iowa with Ghostbusters this summer,” Rich says.

He says the Ghostbusters ticket has Comic Con linked prizes. “You can win money and then we have our second chance drawing for all sorts of additional prizes, home theaters, a trip to Chicago for the Wizard 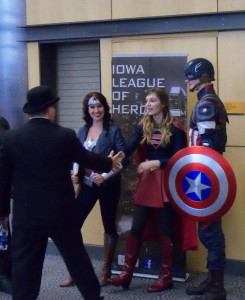 World Comic Con, and of course cash,” Rich says. “But the real key is all the fun things we hope to do and we plan and around the state at all the various communities– it’s going to be a fun summer.”