You are here: Home / Health / Medicine / Iowa parents are urged to talk with their kids about substance abuse 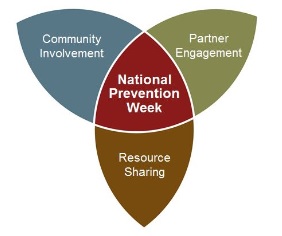 A study finds the number of Iowa high school students who drink alcohol is falling but a state health official says the numbers are still far too high.

Julie Hibben, in the Bureau of Substance Abuse at the Iowa Department of Public Health, says moms and dads in Iowa can have a significant impact on the wellbeing of their kids — all it takes is a little time.

“A way that parents can address substance use with their children is really by having conversations with them,” Hibben says, “not being afraid to talk with them about what’s happening, if any of their kids are feeling pressured at school by their peers to use substances and just to have open conversations about that.”

An Iowa study finds the frequency of binge drinking, illicit drug use and cigarette smoking is lower among kids between 12 and 17 whose parents engage in monitoring behaviors, like helping with homework.

“We’re seeing rates decrease when it comes to underage drinking, which is really good news,” Hibben says. “We feel like our prevention efforts are working but we still have a lot of work to do. We know that, depending on the data source, Iowa tends to be in the top five to ten states with the highest rates of underage drinking.”

According to the latest Iowa Youth Survey, 23% of the 11th graders in Iowa reported having one drink of alcohol in the last month, and of those, 14% binge drank, meaning, they had five or more drinks of alcohol in a row within a couple of hours.

“Even though we’re seeing decreases, which we’re excited to see,” Hibben says, “we know that prevention is working in communities and across the state, there’s still some work we need to do to address that issue and make the decreases even more.”

Each year, more than 4,300 people under age 21 die from homicides, suicides, car crashes and drowning related to drinking alcohol.

This is National Prevention Week, which Hibben says is an opportunity to raise awareness about underage drinking, emphasize healthy choices, and encourage each other to make a meaningful difference. The theme is “It’s Up to All of Us.”