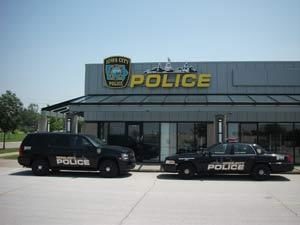 A black University of Iowa student reported to police earlier this month that he was assaulted in an alley by three white men who were calling him racial slurs. Iowa City Police Captain Troy Kelsay says officers spent many hour investigating 19-year-old Marcus Owens’ claims.

“We very quickly learned through video evidence that the events, as reported by Marcus, just did not happen,” Kelsay said today at a news conference in Iowa City.

The case is no longer being investigated as a hate crime.

“Marcus was not the victim of an assault,” Kelsay said. “Marcus was an active participant and even an instigator in three separate physical confrontations or assaults that occurred at bar close. During at least one of those, he suffered injuries. That is unfortunate, but when you go looking for multiple fights, that is going to happen.”

Owens reported the alleged assault to police on May 2 and claimed he was attacked on the night of April 30 in an Iowa City alleyway. He claimed to have been assaulted by “multiple subjects while being called racial slurs.” Kelsay said while the “N word” was used by one person involved in the fights, investigators determined there were other primary factors, including alcohol.

When Owens went to the hospital the morning, he said he was assaulted.

“Part of his treatment involved a blood draw. This was approximately 4:30 a.m., so three hours later, and his blood alcohol concentration at that time was a 0.116,” Kelsay said.

Johnson County Attorney Janet Lyness said although “the entire community is the victim,” Owens will not be charged for fabricating the hate crime.

“Hopefully, going forward, people will understand you shouldn’t falsely report these kinds of things. But also, if you do, we’re going to get to the truth of what’s going on,” Lyness said. “And, hopefully, everybody’s going to feel safer in the community knowing this was one incident in which one person told something that was not true that led to this whole thing. There was not…somebody was being attacked by three people for racist things out of the blue…that just did not happen.”

“I want to extend my gratitude to the family for doing the right thing…I think it was very necessary and critical for the community,” Brotherton said.

Lyness said Owens also will not face charges for underage drinking. She said filing charges would have kept the community from learning the truth until much later and “the apology from Marcus and his family was really more important.”