You are here: Home / Fires/Accidents/Disasters / Iowa cyclists remember their fallen tonight with Ride of Silence 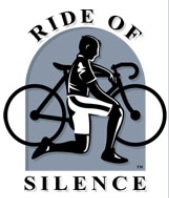 At least seven Iowa cities are hosting special bicycle rides this evening to remember cyclists who’ve been hurt or killed in crashes.

It’s called the Ride of Silence and cyclists by the hundreds will gather in some communities for a slow-speed, silent parade for miles through their downtowns and outlying areas. Police cars with lights flashing and no sirens often lead and trail the rides.

Steve Schurtz is the Iowa coordinator for the National Ride of Silence Board and he’s organizing the ride in Mason City.

New figures indicate Iowa saw an increase of almost 20% in the number of cyclists involved in crashes from 2014 to last year. Schurtz says it’s a very unfortunate trend.

“Since Ride of Silence last year, so from May of 2015 to this month, there have been 41 bicycle-vehicle crashes with one fatality, two major injuries and other minor injuries,” he says.

Before each ride, it’s tradition to read off the names of those cyclists who’ve been lost. This year, the list will include Joleen Stork of Glidden, a 60-year-old who was killed in Carroll County last month when she was hit from behind by a pickup.

While a few motorists are staunchly anti-bicycle, Schurtz says in most instances, drivers simply didn’t see cyclists in time to avoid a collision.

“I don’t think the vidictive attitude is real pervasive although there are definitely some nasty drivers out there,” “I think it’s just a lack of knowledge of the law and of proper safety.”