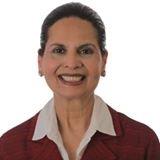 The U.S. Senate has confirmed a former Iowa legislator for her new post at the Asian Development Bank.

Sixty-four-year-old Swati Dandekar of Marion will serve as the U.S. director of the bank, which is located in the Philippines. The appointment carries with it the rank of ambassador. Dandekar is a native of India. She’s lived in the U.S. since 1973.

Dandekar served as a local school board member, then represented the Cedar Rapids area in the Iowa House and Senate for nine years. The Asian Development Bank where she now works is similar to the World Bank, only focused on investments in Pacific Rim countries.

Dandekar resigned from her state senate seat in 2011 when Republican Governor Terry Branstad named her to the Iowa Utilities Board. Dandekar left her job as a state utility regulator in 2013 to run for congress. She finished third among five Democrats in the 2014 primary in Iowa’s first congressional district.