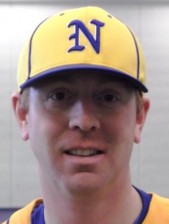 The North Iowa Area Community College baseball team is two victories away from another trip to the division two Junior College World Series. The Trojans will host Dakota County Technical College in the best-of-three North Plains District Tournament this weekend.

NIACC advanced by rolling to a third Region 11 Tournament title in four years.

“To win four straight games in that tournament with the level of competition in region 11 is tough to do”, said NIACC coach Travis Hergert. “The credit goes to our players. Their resolve and competitive level this past weekend was off the charts and it was a lot of fun to watch as a coach.”

The Trojans played Dakota County Tech four times in the regular season and rolled up 52 runs in winning all four. Hergert is expecting the home field to be an advantage.

“It is really cool because Mason City is a baseball town. There has been kind of a buzz since people found out we were going to be hosting and I think it could be a really neat environment.”

The teams will play a doubleheader on Saturday beginning at 1:00 p.m. A third and deciding game, if needed, would be at noon on Sunday.