You are here: Home / News / Delaware County approves use of ATV’s on roadways 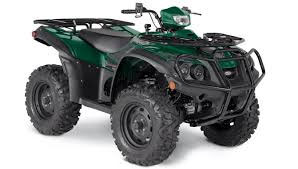 Delaware County is now among about twenty counties in Iowa which allow what are normally off-road vehicles to be driven on county roads.

The request for the ordinance allowing All Terrain Vehicles (ATV’s) and utility task vehicles (UTV’s) came from the local club, and after three public hearings and several drafts, it’s now a reality. Supervisor Shirley Helmrichs says starting next month, ATV’s and UTV’s will be allowed on all Delaware County roads — but not on state highways, within city limits or in county parks.

There are also some driver restrictions. “They be at least 16-years-old with a license to drive. Under 18 they have to have the certified ATV safety course. They have to have their vehicle registered, they have to have liability insurance and they need to carry that proof of their insurance, their license and proof that they’ve completed that course with them in that vehicle,” according to Helmrichs.

She says they’ve tried to include enough regulations to prevent any problems. Helmrichs says there’s a lot of things that we’re asking drivers to do, and it is all about safety. The vehicles had previously only been allowed on county roads for farm use. And while it’s exciting news for local ATV and UTV enthusiasts, Helmrichs and the rest of the board are hoping it provides an even bigger benefit.

“Hopefully people from other counties will come here. We have some nice terrain too and some nice places to visit. It will be a tourism benefit,” Helmrichs says. The new ATV/UTV ordinance will officially go into effect on June 1st. If you’d like to review the exact rules and requirements of the ordinance, you can find it on the Delaware County website at: co.delaware.ia.us.