You are here: Home / Crime / Courts / Vinton woman pleads guilty in connection with shooting of teenager 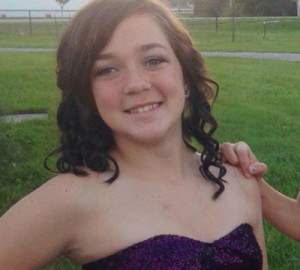 An eastern Iowa woman is facing up to 10 years in prison for her role in the accidental shooting death of a 14-year-old girl.

Fifty-three-year-old Robyn Merchant of Vinton has pleaded guilty to providing a firearm to a prohibited person.

Police say, in February of 2015, Merchant gave a semi-automatic rifle to her then 16-year-old son Dillon Winterroth. A day later, another teenager was handling the gun when it fired and hit Emma Redlinger of Vinton in the head. She died later at a hospital.

Seventeen-year-old William Hines Junior faces charges that include involuntary manslaughter. His trial is scheduled in July. A judge has ruled Hines will be tried as an adult.