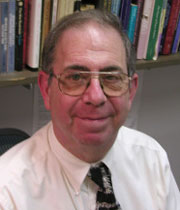 It will be the first visit to the site of the U.S. atomic bomb attack by a sitting president and Professor Richard Mansbach predicts Obama will not apologize for the nuclear blasts that brought about the end of World War Two.

“He won’t because it’s political suicide and there’s no reason he should,” Mansbach says. “He’s not going to question Harry Truman’s decision based on saving American lives. Essentially, what he’s going to say is, ‘We don’t want this to happen again.’ That’s going to be the line.”

The trip to Japan is not about apologizing for 1945, Mansbach says, but it’s one of Obama’s final chances to make a commentary on his goal of a nuclear-free world. Some critics would argue it’s completely unrealistic to think our planet could ever be free of atomic weapons, but Mansbach disagrees.

Mansbach says, “In many ways, it’s more probable than it has ever been because of the greater accuracy and explosive power and quality generally of ‘smart’ weapons, of conventional weapons.” Coincidentally, Mansbach says we’re seeing a renewed arms race involving many nations, but that type of firepower isn’t necessary. Warships can hurl a “smart” bomb the size of a minivan hundreds of miles to within inches of a target, while the technology of drone warfare continues to quickly advance.

Mansbach, a scholar on U.S. foreign policy, says a nuclear-free world could become reality thanks to the advances in conventional weaponry. “They have already replaced nuclear weapons in terms of some of the functions of military policy,” Mansbach says. “I think in some respects, if it were supported at home, which it’s not in the Congress, and if you had a different Russian leadership, I think it would be possible.”

The U.S. bombings of Hiroshima and Nagasaki killed at least 129,000 people, though some argue the swift end of the war saved many thousands more lives.