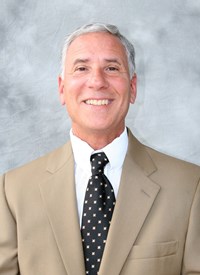 When the new school year begins a new era will be underway for the Iowa Intercollegiate Athletic Conference which is adding Nebraska Wesleyan University to a league that was formed in 1922.

Nebraska Wesleyan had been part of the Great Plains Conference since it formed as the Nebraska Intercollegiate Athletic Conference back in 1969.

Prairie Wolves athletic director Dr. Ira Zeff says as a dual member of the NAIA and NCAA Division III the transition will be a smooth one.

NWU becomes the ninth member of the Iowa Conference and the first from outside the boundaries of the state. Zeff says the transition to the new league has been going on since last summer’s official announcement.

“Athletic directors and our faculty athletic representatives have been invited to meetings all year. They had a leadership conference in February and our student-athletes were invited to that so we have already been a part of the conference in that matter.”

Zeff says the biggest challenge has been scheduling non-conference competition and they hope to preserve their longtime rivalry with Doane College.

“We have got a couple of sports already lined up with Doane. The football schedules did not match up the next two years but we already have an agreement to renew that rivalry in 2018.”

Nebraska Wesleyan and Doane first met on the football field in 1896.