You are here: Home / Fires/Accidents/Disasters / Summer is the deadliest time for teen drivers 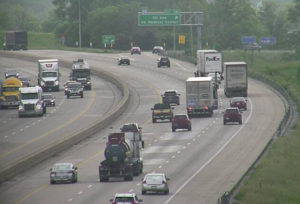 Traffic safety experts say we’ve entered the “100 deadliest days” for teenagers behind the wheel. Steve Gent  is director of the Iowa Department of Transportation’s Office of Traffic and Safety.

“It’s basically between Memorial Day and Labor Day each year…that time is the most deadly time for teenage drivers,” Gent says.

The Iowa DOT shared that message with drivers this week on their interstate message boards. Gent says one reason the summer months are so dangerous for teen drivers is their cars are often full of other teens.

Gent says all drivers, regardless of age, should put their cell phone away when they get behind the wheel. “You know, most (teenagers) had a cell phone in their hand long before they had the keys to the car in their hand. So, for them, it’s just second nature to have the cell phone,” Gent says. The National Safety Council reports, every year, about 1,000 people die in crashes involving teenage drivers nationwide during the stretch between Memorial Day and Labor Day.

So far this year, 143 people have died in traffic crashes on Iowa roadways. That’s 35 more deaths than the same period last year.