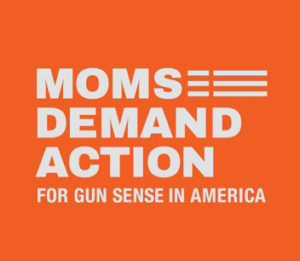 “This is a national initiative to bring awareness to the 90 lives that are taken with gun violence every day,” Gustafson says. “That includes deaths due to suicide, deaths due to accident and homicide as well.”

The Wear Orange events were started to honor a 15-year-old honors student who was fatally shot in a Chicago park in 2013 when she was caught in the crossfire of gang violence. “This is happening, not just in our inner cities. It’s happening in rural communities. It’s happening in suburban communities that lives are being taken with guns,” Gustafson says. “They decided to wear orange because orange is the color hunters wear when they’re out hunting. It’s a color that says, ‘I’m here, I’m human, don’t shoot.'”

The full name of Gustafson’s group is “Moms Demand Action for Gun Sense in America.” She says many of the attendees in Iowa will be mothers who are bringing their kids, so the events are being held primarily in public green spaces and city parks.

She says the Wear Orange campaign is a coalition of more than 200 nonprofit groups, cultural influencers and elected officials working to reduce gun violence in America. Those who wear orange pledge to honor the lives of Americans stolen by gun violence, to help keep firearms out of dangerous hands and to protect children from gun violence. In addition to the four Iowa events today, there’s also a Wear Orange rally in Omaha.