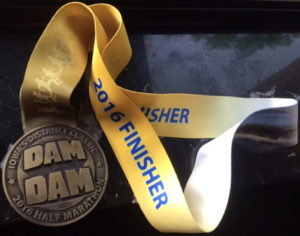 More than 10,000 runners will be on the roads of Central Iowa Saturday morning for the annual Dam to Dam race. The race begins near Saylorville Dam and finishes in downtown Des Moines.

The most competitive of the three races is the half-marathon, which replaced the 20K a few years ago.

“There were some runners that were disappointed but overall I think it was a good move”, said race director Kurt Schaeffer. “Runners seem happy with the half-marathon and it continues to be a well received course.”

A total of 65 competitive runners from across the Midwest will take part in the half-marathon but Schaeffer says the event caters to recreational runners and also includes a 5K and a kids run.

“What we are after is to make this a race for the common runner so that it is fun for them and they will continue to run.”