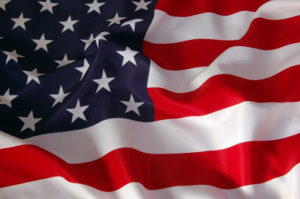 While today marks the 72nd anniversary of the D-Day invasion during World War Two, more than 500 Vietnam War veterans from western Iowa and Nebraska are in Washington D.C. on the latest Honor Flight.

Organizer Bill Williams says the two-day event started with a dinner last night in Omaha where the veterans were recognized and their service was celebrated.

The three chartered jets flew out of Omaha early this morning and the large group spent the first part of the day at the Vietnam Veterans Memorial Wall, then moved to the Lincoln and Korean War memorials.

With such a large group, they’ll be taking in the rest of the sights from a dozen tour buses.”They’ll all get to see the same thing, just at different times,” Williams says. “Changing of the Guard, Tomb of the Unknowns, Iwo Jima, World War Two, we’ll drive around so they can see the Capitol up close and the Air Force Memorial.” In the turbulent anti-war times of the 1960s and ’70s, American soldiers returning to the U.S. from Vietnam were often chided, shouted at and even spat upon.

Williams is calling on all residents in the vicinity to bring U.S. flags and “welcome home” signs to Omaha’s Eppley Airfield this evening to thank these returning heroes for their service.

“We encourage people to come to the airport terminal sometime between 9 and 10 is when we’ll be coming in,” Williams says. “There were 3,000 people to greet the final Korea flight two years ago and we expect at least 4,000 for this one. Let’s all come out and give them the homecoming they certainly deserve.” This is expected to be the largest group of Vietnam veterans from any state ever to visit the Vietnam Memorial Wall at once. The flight, meals and transportation is being provided through donations and is done at no charge to the veterans.