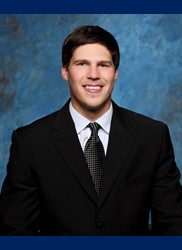 The select team will train with the men’s national team during its training camp July 18-21 in Las Vegas as it prepares to take part in the Olympic games. The former Creighton All-American also played on the 2014 USA select team and was invited to a national team minicamp in 2013.

He averaged more than nine points and nearly two and a half rebounds this past season for the Chicago Bulls.