You are here: Home / Crime / Courts / Le Mars man accused of stabbing his sister to death 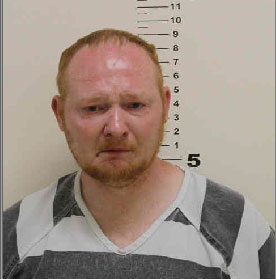 A northwest Iowa man is charged with murdering his sister this weekend.

Le Mars Police have taken into custody a 33-year-old Le Mars man following a fatal stabbing that happened Saturday evening. Thomas Bibler is accused of fatally stabbing his 27-year-old sister, Shannon Bogh. Witnesses to the stabbing identified Bibler of Le Mars as the suspect. Bogh was transported to the Floyd Valley Hospital in Le Mars where she was pronounced dead.

The Le Mars/Plymouth County and Sioux County Special Response Team was called and entered Bibler’s apartment to make the arrest. Bibler is being held in the Plymouth County Jail on a first degree murder and an assault causing serious injury charges He is being held on a $350,000 cash bond.