You are here: Home / News / Air pollution went over the EPA limit first time this year near Davenport 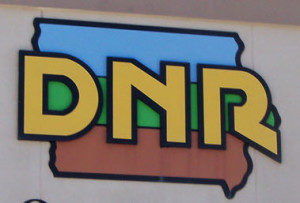 A semi hauling cattle overturned in northwest Iowa and an insect may be to blame.

An air monitoring site in Scott County Park north of Davenport recorded an ozone level that was above the EPA’s level for healthy air Monday.

DNR spokesman Todd Russell in the Air Quality Bureau says it was not a major issue. “This standard is an 8-hour rolling average and the 8-hour rolling average was 71 parts-per-billion when the federal national ambient standard is 70 parts-per-billion. So we barely went over,” Russell says. The EPA lowered the limit on ozone in December, and this is the first time the state has seen a reading over the new limit.

“Ozone is a summer time pollutant and we measure for it currently April through October,” Russell says. “The standard took effect in December of 2015, so this is really the third month that we’ve had a chance to go over it.” He says the level is not a big concern at this point.

Russell says ozone has generally been getting better in Iowa and this level would not have raised much attention had the standard not been lowered. He says the lowered standard might mean a few more readings that show up over the limit. Russell says they do put out a warning for some groups.

“It’s what EPA calls unhealthy for sensitive groups. So, it would be people with lung disease, asthma, older folks, young children,” according to Russell. Light winds, clear skies and high temperatures lead to the formation of the ozone or smog in the air. You can see more about Iowa’s air quality online.

Russell says Iowa and other states send data into the site calledwww.airnow.gov. “They run national maps and you can look at regional maps and historical maps, so that’s as about as close to real time air quality that you are going to get. that explains a lot of things,” Russell says. The clouds and possible thunderstorms today are expected to keep ozone levels down.