You are here: Home / Education / Students start federal program designed to make them ready for college 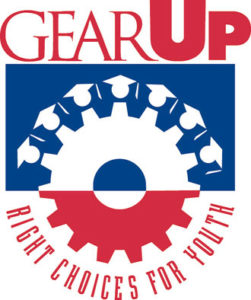 Sixty soon-to-be high school freshmen are in Des Moines this week getting an early start on college preparation as part of a federally-funded program called GEAR UP. That stands for Gaining Early Awareness and Readiness for Undergraduate Programs.

Elizabeth Keest Sedrel, spokeswoman for Iowa College Aid, says GEAR UP is meant to prepare students from a dozen Iowa school districts for the academic and financial pressures of college.

“The way the 12 districts were chosen was by looking at the percentage of students who qualify for free and reduced-price lunches,” she says, “so it was an economic benchmark.” The districts include Des Moines, Cedar Rapids, Sioux City and Fort Dodge.

In the coming week, the select group of ninth-graders will be mentored by college-age students. Keest Sedrel says the students in the program will be eligible for college scholarships when they graduate from high school. “Long before that, we’re trying to provide them with resources not just to get them there, but to make them successful once they get there.” The program in Iowa is supported by a seven-year, $22 million federal grant.

The chosen school districts include Iowa’s largest, but also some with diverse student populations such as Denison, Perry, Columbus and Storm Lake.