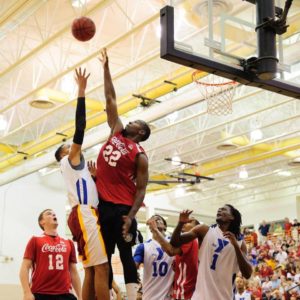 “Sundays we start at 4:30 p.m. and the games take about an hour and 15 minutes each”, said league director Derek Hannah. “We have a couple of Fridays during the summer but mostly Wednesdays and Sundays. We will take a break over the Fourth of July and finish up on July 17.”

Iowa State and Drake both have 12 players taking part in the league and because of NCAA rules each team may only have two players from the same school.

Hannah says the crowds and interest in the league has grown since the rise of the Iowa State program.

“The Hoiberg era was great for Iowa State University, for their fans and also for our league. Not only because of the talent that was able to bring in and the great job he did building a program but also his support of our league.”

There will be three games this evening beginning at 5:30 p.m.