You are here: Home / News / Author of ‘Longmire’ books to appear in Iowa at Wonder of Words Festival (audio) 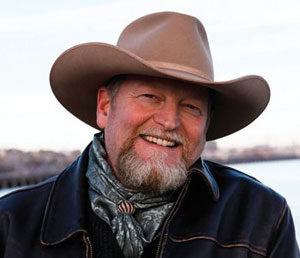 The best-selling author of the “Longmire” series will be in central Iowa this weekend to headline the Wonder of Words Festival, featuring more than 50 acclaimed writers.

Craig Johnson says his title character, a county sheriff in rural Wyoming, has cult-like status thanks to the highly popular TV show based on his books. The 55-year-old Johnson says he remains humble, especially after he recently met an enthusiastic fan of the TV show “Longmire” in a Montana diner.

Johnson will appear Saturday at the free festival in Des Moines. “I like to tell stories and talk about the writing and the process,” Johnson says. “Also, my experiences are a little bit unique, being a cowboy writer from a town of 25, my view on these things is a bit different, having Warner Brothers make a television show out of your books. We’ve been on the New York Times best-seller list for seven years in a row.” 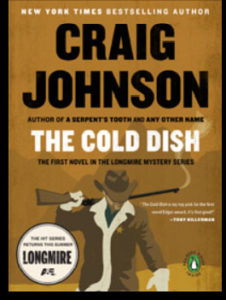 There are 12 novels in the Longmire series with a 13th book coming out later this year, in addition to two novellas and a collection of short stories.

The TV show had a very successful run on A&E, drawing nearly 6 million viewers a night, but it was abruptly canceled after three seasons despite strong viewership. It was baffling to Johnson.

“It always struck me as kind of silly to cancel the highest-rated scripted drama you ever had, but it really did turn us from a basic cable television show into being a cult,” Johnson says. “There’s this group, the Longmire Posse, which seems to be all over the country and they took it personally that this very successful TV show was suddenly just dropped.”

Three months after being canceled by A&E, Netflix picked up “Longmire” for a fourth season. The fifth season is now in production and is scheduled for release this fall.

Johnson says he has a “wonderful relationship” with the producers of the show and he’s been afforded some editorial control of the program as its creative consultant. “They send me the scripts and then I go through the scripts and give them a line and send the information back,” he says. “We agree on some stuff. We disagree on some stuff, but the key element here is realizing that television and movies are just a little bit of a different form than novels and what works really well in novels might not be exactly right for Hollywood.”

Johnson lives in the town of Ucross, Wyoming, population 25. He’s to appear on the main stage of the two-day Wonder of Words Festival at 4:30 p.m. on Saturday in Des Moines. The free event features presentations and signings by dozens of authors, as well as workshops, panels, literary exhibits, book sales, children’s entertainment and food trucks.