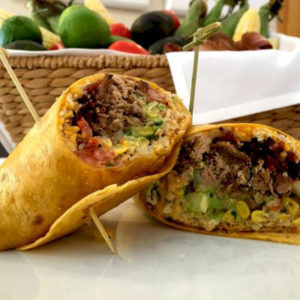 There are more than two dozen food items that will be new to the Iowa State Fair this year. Fair spokesperson Mindy Williamson says three of the items will be involved in a “people’s choice” contest.

“That’s based on taste, originality, presentation…we’ve picked the three (finalists) and then let fairgoers pick which one wins,” Williamson says.

Fairgoers selected the “ultimate bacon brisket bomb” as their favorite new food item during last year’s Iowa State Fair. And the three finalists for the award this year?

“We have ice cream nachos; the not-your-mamma’s taco, which is a seasoned turkey taco; and the pride of Iowa wrap, which is a jalapeno tortilla with pork shoulder and sweet corn salsa,” Williamson said. 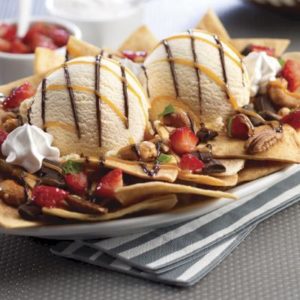 Ice cream nachos are described as crisp cinnamon sugar chips covered with two scoops of cinnamon ice cream and drizzled with hot fudge, caramel, and bits of chocolate and strawberries.

The Iowa State Fair is scheduled for August 11-21 in Des Moines.