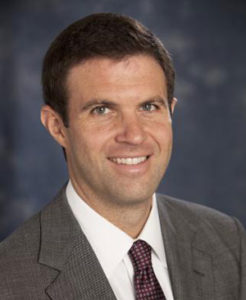 Iowa Senator Chuck Grassley, who’s seeking a 7th term in November, has the backing of the world’s largest business federation.

Rob Engstrom is senior vice president and the national political director for the U.S. Chamber of Commerce. He traveled to Iowa today to announce the organization’s endorsement of the Republican Grassley.

“Our job this cycle is to retain a probusiness Senate on behalf of the American business community and we have a champion in Senator Chuck Grassley,” Engstrom said.

The 82-year-old Grassley has been in the U.S. Senate since 1981. Engstrom says there are several reasons why the U.S. Chamber of Commerce is supporting Grassley’s reelection bid.

“First, I’d look at the fact that he’s consistently voted to repeal the death tax. I know that matters a lot in Iowa for farms, but also for businesses,” Engstrom said. “He’s someone that understands it’s the private sector that creates jobs and not government.” Engstrom also praised Grassley for opposing the E-P-A’s Waters of the U.S. (WOTUS) rule.

“He also values American energy exploration and knows it’s the fastest way to create jobs,” Engstrom said. “He’s something who has earned an 84-percent rating with us, that’s an exceptional score, so we think the contrast couldn’t be more clear and we’re proud to stand with him and endorse him.” Grassley is being challenged by former Iowa Lieutenant Governor Patty Judge, who won a four-way primary race for the Democratic nomination earlier this month.

“I think Patty Judge is a fourth-tier candidate. I’ve looked at her record closely and she’s not running a serious campaign in any way,” Engstrom said. “Even Democrats didn’t give her 50-percent of the vote.” In her primary election victory speech and on the campaign trail, Judge has repeatedly criticized Grassley for refusing to hold hearings on President Obama’s nominee to the Supreme Court.