You are here: Home / Sports / Hunt takes over at Upper Iowa 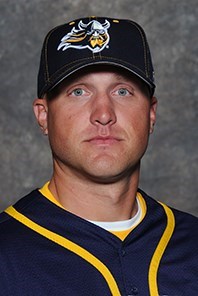 Brandon Hunt has been named the new baseball coach at Upper Iowa University. Hunt spent the past four seasons on the staff at fellow Northern Sun Intercollegiate Conference member Augustana of South Dakota.

“Becoming the head coach of a program with such a rich baseball tradition is the chance of a lifetime and I feel extremely blessed to have the opportunity to lead, motivate, and mentor these young men on a daily basis”, said Hunt. “Throughout the interview process I was extremely impressed with the passion and pride that was displayed for Upper Iowa baseball.”

At Augustana, Hunt worked primarily with the catchers and handled the majority of recruiting duties for the Vikings. This past season, Hunt helped lead Augie to a 37-17 record and a 26-8 record in the NSIC. The Vikings finished second in the league.