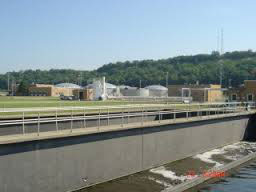 The decision comes following an investigation by the Iowa Department of Natural Resources that found that the chlorine feed at the facility was being improperly manipulated, which allowed improperly treated wastewater to be discharged into the Missouri River.

Former plant superintendent Jay Niday and operations shift supervisor Pat Schwarte were fired by the city one year ago for the alleged violations that occurred between March of 2012 and June of 2015.

Tuesday’s ruling potentially subjects the city to substantial fines beyond the $10,000 maximum state law allows the DNR to impose. Assistant City Attorney Justin Vondrak was disappointed by the decision. “The best outcome would have been for that not to happen, but we were somewhat expecting that decision. It would have been nice to resolve the matter with a consent order versus going to the A.G.,” Vondrak says.

Vondrak says numerous things have already been put in place to correct the problem and assure the DNR that such violations could not occur again. He says they have adopted procedures and purchased new monitoring equipment and implemented new testing procedures. “We believe that we have not only cured the problem, but prevented it from happening again in the future,” according to Vondrak.

Vondrak’s unclear why the case is now going to the attorney general after the city took all the steps to address the issue. “The only thing that we can see the reasoning is to penalize the city of Sioux City,” Vondrak says, “and at that point we’ve got government against government and it just seems like a waste of taxpayer dollars.” Vondrak says the city will present its case to the attorney general to show what measures are now in place. He expects it will be over a month before a hearing date is scheduled to deal with the issues.