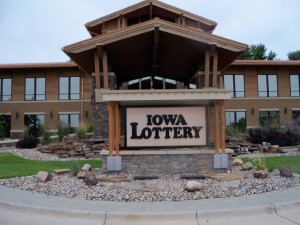 Iowa Lottery CEO Terry Rich told members of the Lottery Board at their meeting Tuesday the organization is on pace to break several records as the fiscal year comes to a close.

Rich spoke with Radio Iowa after the meeting in Cedar Rapids.

“2016 for the Iowa Lottery seems to be one of the best if not the absolute best ever. It was a good year not only for the Powerball run in January — the $1.5 billion Powerball run — but still, the day-to-day scratch tickets was the best ever,” according to Rich. He says the numbers are not finalized, but look very good. Rich says the sales will be over 300 million dollars which will be a record year, and the prizes payout to players will be the largest ever, as will proceeds to the state.

Rich says they usually look to hit $70 million as a goal for profits to be turned over to the state, and will easily surpass that this year. “We’re projecting right now that that’ll be over 80, it could reach as high as 85-86 million. We’re putting all the numbers together…and we hope to make an announcement by mid-July,” Rich says. Some $220 million will end up being paid out in prizes, while scratch ticket sales are on pace to finish at around $232 million.

Rich told the board scratch ticket sales have increased from $143 million in 2010. “I think there’s a couple of reasons why the scratch tickets continue to be strong. One is that they’re local, it’s easy to pick one or two up when you are out buying groceries or pop,” Rich says. “And I think that we have worked hard to do a lot of different play styles.” He says the variety of different games have kept people interested in the games.

Another factor is the drop in gas prices that make more money available for people to spend .”There’s not doubt the gas prices have a direct affect on scratch tickets. And we’ve seen strong scratch sales in the last couple of years due to these low gas prices,” Rich says.

The record Powerball jackpot broke monthly records in January and gave a big boost to the fiscal year bottom line. The total monthly sales for January were $54.1 million — more than $12 million above the previous monthly record set in February 2006. The fiscal year for the Iowa Lottery will end on Thursday.