You are here: Home / Crime / Courts / Resolution of complaint about transgender woman’s arrest 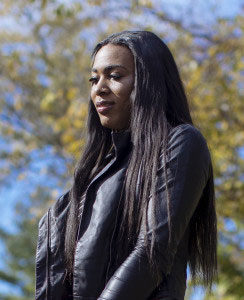 The American Civil Liberties Union of Iowa is announcing the resolution of a complaint filed after a black, transgender woman was arrested in West Des Moines and held for more than a week in jail.

Meagan Taylor and her best friend, who is also black and a transgender women, checked into the Drury Inn in West Des Moines in July of 2015. They were driving from Illinois to Kansas City to attend a funeral. Hotel staff called police to report the pair were “men dressed like women” and staff suspected they were prostitutes.

Taylor was arrested and charged with possessing hormone pills without a copy of the prescription. She was never charged with prostitution and the other charge was dismissed. She was kept in jail for eight days, though, and never got to the funeral.

A spokeswoman for the ACLU of Iowa calls Taylor’s treatment “simply unacceptable and un-Iowan.” Taylor released a written statement, calling the episode “humiliating, scary and traumatizing.”

The complaint about Taylor’s case that was filed with the Iowa Civil Rights Commission has been resolved, but details of that resolution have not been released.